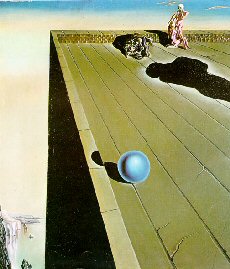 Google recently discontinued Lively, the Second Life-like project. Even though that’s only one out of many of Google’s projects, it’s symbolic of a turning point from representation to reality.

In 1978, Jerry Mander in Four Arguments for the Elimination of Television (Quill, 1978) wrote:

In one generation, out of hundreds of thousands in human evolution, America had become the first culture to have substituted secondary, mediated versions of experience for direct experience of the world. Interpretation and representations of the world were being accepted as experience, and the difference between the two was obscure for most of us.

Thirty years later, it is not just about America and not just about TV. The detachment from direct experience grew layers. The attitude of substituting reality with mental representation was also one of the causes of the current financial problems, which constructed the illusionary “wealth,” considering information flowing through the cables as real goods.

Affirming that nothing is real is true both on the neurophysiological and spiritual levels. We have all heard that, especially in the Eastern traditions, the world is “maya,” an appearance, or illusion. Also, one of the mantras of people who populate the virtual worlds is to question reality saying that “there is nothing real in reality” since our experience is in any case mediated by our senses and by our nervous system which, starting from the mechanism of vision itself, only interprets reality. Following this line of thought we can say that there’s no objective reality and perhaps there’s no reality too, since every experience is mediated by our nervous system.

There’s an apparent concordance between neuroscientists, technical creators of virtual worlds and spiritual teachers. All of them, in different ways, say that the world in an illusion.

Since the times of Buddha and Plato, that the world is our representation has been a philosophical, metaphysical, psychological and spiritual assumption much before science and technology came into our lives. Philosophers and mystics expressed this in a much more sophisticated way than any software environment or technocrat.

I can easily agree on the unreality of our experience, having myself been on a path of self-knowledge which involves meditation and inner inquiry. But I am afraid that those statements about the unreality of the world, coming from enthusiasts of virtual worlds, are another trick of the mind itself to feed its never-ending hunger.

Our human experience, however subjective and illusory it might be, is to live in the reality of matter and form. Living and becoming fully aware of our nature made up of body and mind will take us beyond matter, form, body, and mind. The next stage of evolution of human beings won’t be supported by living exclusively in the mind, in a disembodied “I think, therefore I am” environment, but through the involvement of mind, body, and awareness.

We will know whether it’s true or not that the mind does build the world if we know the mind’s mechanisms from the inside, becoming aware of the mind’s functionings. This quality of witnessing and observing the mind is quite different from becoming compulsively involved with the mind’s contents (whether those contents come from external media or from our own mental elaboration) or with virtual environments. Saying only intellectually that the world is a representation, just makes us withdraw and alienates us both from reality and from our inner experience. Affirming that “all is in the mind” has to come from a level beyond the mind and its illusory tricks. Otherwise we end up living in our mind only, without being in touch with reality, nor with our bodies nor with a higher awareness.

The goal of meditation is to be in touch with reality. Most people who ignore spiritual work believe that the spiritual path is something alien from reality, something which has to do with a world devoid of matter, passions, and everything worldly. After all, according to Christian beliefs, human beings came in the last stages of creation and are something different from and better than nature. According to this, temporarily borrowed by the earth, we are intended to go back to the heavenly realms in an afterlife where we will be a disembodied soul and the body, in turn, doesn’t have any role in the coming back to the spiritual realms: even more so, it can be a hindrance to spiritual development.

This created the misunderstanding that meditation and spiritual work in general are something “beyond” reality or maybe even a spaced out state. The opposite is true. Meditation and the path toward the truth are journeys toward reality which brings us in touch with our feelings, passions, sensations, and with the real nature of reality. We can’t leave the worldly level before having mastered it through our awareness. We can’t go beyond passions if we don’t become aware of them in their real and sensed nature. We also can’t go beyond the mind if we don’t observe and master the mind’s mechanisms.

Meditation is recognizing that we construct reality, recognizing that the mind and its products take us astray. But we can’t be aware of the unreality of the mind‘s beliefs just by saying it is from the intellectual level or by living in a simulated environment. Technology, rationality, the media and representation are very important milestones of human development, but more often than not, they become psychological defense mechanisms to reality itself and the associated unpredictability. Virtual environments give the illusion of a world we can control better.

For millions of years, as long as the world has been in existence, consciousness has been engaged in the play of form, of becoming the ‘dance’ of [a] phenomenal universe, ‘lila.’ And then consciousness becomes tired of the game [chuckle] (Eckhart Tolle interviewed by John W. Parker in Dialogues with Emerging Spiritual Teachers, Fort Collins: Sagewood Press, 2000).

As engineers of virtual environments we substitute ourselves to Consciousness and we enjoy the game of lila too, until Consciousness itself becomes tired of the game and merges with an individual consciousness. When the game is over, even the player is no more.

If I want to penetrate beyond my mind and see what is there, it is a mystery. It is unknowable, completely: one hundred percent unknowable. It is so unknowable that the moment you begin to get a glimpse of it, your mind is blown to smithereens. To realize that your mind lays a kind of curtain over things, a veil, a colored sheet with drawings on it that overlays our reality and says, “That is reality.” But the reality is beyond that: you open that curtain, open the window – and it is unknowable. If you truly look, you do not even know you are looking, and you disappear. Your mind is there, but nobody’s looking. The reality is there and you do not say there is mind or there is reality. And then, what you perceive, although it is mysterious, it is unknowable, we give it a name. We call it truth, we call it God, we call it reality (A. H. Almaas, Indestructible Innocence, Diamond Heart Book Four, Berkeley: Diamond Books, 1990).

If Lively is no more, the real world – while still there’s one for us – will enjoy our attentions and care. That’s perhaps the best reality show.

A thousand nuances lost by one emoticon

Internet and the weakening of central (inner) organizations

The Tao of Google ranking