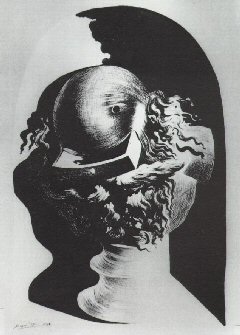 Ray Kurzweil, futurist, inventor, and author of The Singularity is Near: When Humans Transcend Biology, looks forward to an era where humans, in their evolution, will be linked to machines, through electronics and biotechnology. His research and inventions range from music to artificial intelligence, from speech recognition to optics. Kurzweil defines The Singularity as “an era in which our intelligence will become increasingly nonbiological and trillions of times more powerful than it is today — the dawning of a new civilization that will enable us to transcend our biological limitations and amplify our creativity.”

Kurzweil forecasts the enhancement of our intelligence by merging with non-biological intelligence, sending intelligent nanobots into our brains. In his view, our neurons and the nanobots will communicate on a local area network. We’ll be online all the time directly from our brains and we’ll communicate with other brains through the network.

This quest also goes in the direction of searching for radical life extension – even immortality. In the book co-authored with Terry Grossman, Fantastic Voyage: Live Long Enough to Live Forever, they write that through biotech we’re developing the tools to reprogram our biology at the most fundamental level. I have been consulted myself by Terry Grossman about health and life extension, getting interesting hints about how supplements work on my biology.

When Kurzweil was interviewed by What is Enlightenment magazine (now called EnlightenNext), he stated that we are in a stage of intersection of information technology and biology where we understand life, death, disease, and aging as information processes. With our knowledge we can start to reprogram genes, seen as software codes. Merging our biological intelligence with non-biological intelligence will vastly expand human intelligence, where the thinking process will be a hybrid of the two and where the non-biological portion will be much more powerful, giving birth to new and enhanced forms of intelligence.

In his own words:

This also relates to longevity, because the reality of longevity for nonbiological systems is different than for biological systems. Right now, the software of our lives is the information in our brains. I estimate it to be thousands of trillions of bytes, which represents all of our memories and experiences and skills and just the whole state of our brain. So that’s software, and it’s inextricably tied up with our hardware. When the hardware of our brain crashes, the software dies with it.

Kurzweil considers our whole lives as information files, which he calls the “mind file.” When the information in our brains becomes independent of the hardware, then we might have reached the nature of immortality.
When he was asked, “What would you say to the idea that it’s unnatural to want immortality? That this quest for life extension goes against the natural cycles of birth and death, and that if we attained immortality, we would have stepped so far outside the natural order that in some sense, we would no longer be human?”, he answered:

In my view, we are the species that seeks to go beyond our own boundaries. Fundamentalism is the idea of putting artificial constraints on what humans can be – defining humans in terms of our limitations rather than by our ability to supersede our limitations. We didn’t stay on the ground, we didn’t stay on the planet, we’re not staying within the limitations of our biology, and we’re not staying within the limitations of our intelligence. The noblest purpose of human life is the creation, communication, understanding, and appreciation of knowledge in all its forms: from different art forms to different levels of expression in science and technology.

Kurzweil says something which is so true. As human beings we have the potential to expand our limited natures. One of the differences between human beings and animals is the conscious use of tools. Since the beginning of history, human culture was shaped by tools and later by media, which influenced both cultural and biological evolution. For humans it is just “natural” to go beyond our limited natures.

Doubtless, intelligence, knowledge and the mind are important aspects of being human and the efforts made by people like Kurzweil are in the direction of preserving and enhancing them, perhaps through downloading our mind to the computer. The mind’s qualities are the most cherished ones of our culture. However, as much as Kurzweil’s view can seem outrageous and revolutionary, the expansion he welcomes for human beings is, in my opinion, quite limited if compared to the actual human potential.

We can expand knowledge and the mind’s contents, we can join our nervous systems with chips or merge it with the Net. But knowledge is not awareness. Awareness can use, can cooperate, and can be supported greatly by knowledge and intelligence, but belongs to another level. Awareness is the goal of spiritual work, which is not alien to our bodies and can’t be expanded by technological tools in themselves. Awareness emerges from the totality of our minds, sensations, emotions, biological nervous systems, and subtle energy channels as well (called chakras, chi, prana…).

Spiritual work in a way is perhaps even more unnatural than that presented by Kurzweil. Naturally, we grow psychologically and spiritually only up to a certain point. The natural drives bring human beings to different stages of cognitive and psychological development. Those forces can create, in the best of cases, a healthy, creative and structured ego, which is something valuable, but is not the end of the story. Human potential is much more than that, nothing less than merging with the Divine and becoming Love and Universal Awareness, to name just some of the many ways it is called.

Besides rare cases of grace where the soul is taken directly to ultimate Realization (in some traditions it would be explained as being due to the karma of previous lives, or in any way, for whatever cosmic lottery), for the rest of us, evolving our souls and psyche means a long and arduous task. This work is “against nature” since we need to abandon our revered ego personality which identifies ourselves as who (we think) we are.

If we follow the Advaita view we can say that there’s no effort to be made since we are all already enlightened, but even the Advaita teachers did spiritual practice before saying that there was no need to do anything.

Wanting to drive our evolution the way Kurzweil does, I see it as a reflection on the biological and mental levels, through computers and biotechnology, of the spiritual quest, but basically staying on the same plane of the mind, insofar as expanded and sophisticated it can be. If we identify ourselves with our minds’ contents, then immortality means preserving those qualities, but if we jump to another level of identification, then the project of preserving our minds won’t be much more than keeping our kidneys in a laboratory, kept functioning by machines. Awareness and the essential qualities (like love, compassion, joy, strength, vision, inner peace) “can be clearly perceived and recognized through the functioning of subtle inner capacities that correspond to physical senses.” (A. H. Almaas, Spacecruiser Inquiry, Shambhala, 2002, p. 250) and can’t be transferred to the Net.

Remember, only that which you can take with you when you leave the body is important. That means, except meditation, nothing is important. Except awareness, nothing is important, because only awareness cannot be taken away by death. Everything else will be snatched away, because everything else comes from without. Only awareness wells up within. That cannot be taken away. And the shadows of awareness – compassion, love – they cannot be taken away. They are intrinsic parts of awareness. You will be taking with you only whatsoever awareness you have attained. That is your only real wealth (Osho, The Book of Wisdom: Discourses on Atisha’s Seven Points of Mind Training, Rebel Publishing House, 1993, discourse of March 3, 1979).

Immortality has been pursued much before the availability of biotechnologies. Taoism, for instance, approached immortality through the Outer and the Inner Alchemy. Outer Alchemy dealt mostly with practices to keep the physical body in its form indefinitely. That would have given more time to the body to advance spiritually.

But the goal of Inner Alchemy, more than preserving the body, was to move our awareness from the physical plane toward subtle planes. That way our awareness could be present even after physical death. What Kurzweil pursues, in joining our nervous system with technology, is a reflection limited to the mind’s level of that ancient spiritual quest.

The path of Taoist Inner Alchemy gave emphasis to ethics and integrity, qualities which were basic to the path. The subtle and immortal chi energy is connected to meditation and noble human qualities. Cultivating these inner qualities was – and still is – essential for reaching planes beyond the body.

The Singularity is near, nearest, just here and now, inside.