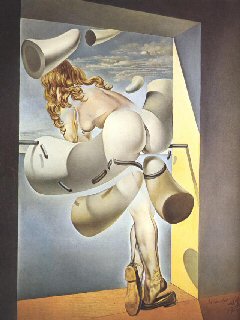 The tendency of spreading sex has been adopted by many magazines of large circulation and by other media such as TV and Internet news sites. Magazines with large circulation have a well-defined and advertised section of “tips, tricks and secrets” concerning sex. It reminds me of the time when I was publishing computer science books where the tricks of using the software were revealed.

Apart from the fact that communication about sex has become technicized, giving space for tricks and the advice of “experts,” perhaps for exorcising the intense and inner engaging nature of sexuality, it remains a fact that sexual messages are present in a pervasive way in every media. It seems that the world is like a global “Sex and the City” set, made of free and varied sexual meetings. If this can be true in some areas of the world, the planetary diffusion of sexual messages culturally does not find much similarity worldwide. The reality is that at least two-thirds of the world lives in a rather restrictive, traditional, and sometimes even very repressive culture regarding sex.

The massive process of worldwide urbanization caused the appearance of a growing number of singles not only in the West but even in every emerging country, especially in Asia and the Middle East. In Shanghai, Delhi, Seoul, Bangkok, Dubai, Manila or Jakarta, the growing class of office employees is formed mainly of women, connected to the Internet.

They often live alone or with female roommates, are members of Internet social networks and dating sites, like Western women. During breaks at work they chat and a growing percentage connects to the Net from home also. This seems to be the lifestyle of many women in the West, but there is a fundamental difference: they live in a traditional society as far as sexual roles are concerned. Even though some countries, like Thailand, are well-known for their hot night life, the majority of people follow very traditional behavior and lifestyles.

Thus, peculiar figures are being created on the Net, whom I label cybervirgins: women who have never had real sexual relationships with a man but are sexually active online. We are not speaking about young girls, but college students, employed women, mature women and, it is rather surprising for a Western man to discover that women who are in their 30s or even 40s, in certain cultures, are still virgins if they’ve never had a husband.

The culture of which they are part limits the probability of a single woman meeting men, especially if she is not very young anymore. Added to this, there’s a social formality ruling contacts with the opposite sex and a series of traditional rules of behavior. To all the above we have to add the inner limits due to the superego: superego in terms of self-judgment about their behavior and the fear of being judged by society. Very often this female figure lives alone, far from the original family and feels lonely.

The solution seems to be right at hand. The Internet opens infinite possibilities of meeting, in contrast with the boring life of home and work (much more work in the emerging economies). Self-judgment is partially overcome by the protection given by the screen and by the fact that nobody will come to know anything. The medium helps her to know men, even intimately, of whom she has little experience. Afterward a world of seductions, desires, admissions, eroticism, curiosities, lust, pornography, cybersex through words or the webcam can be opened.

In the 1970s Nancy Friday published hundreds of interviews regarding the fantasies and sexual activities of women, revealing vivid, complex, imaginative, sometimes extreme sexual lives, debunking the cultural myth of those times that women “don’t think about sex that much.” Now the same fantasies can be shared online anonymously, but for a cybervirgin the sensuality and world of lust take place only through the Internet.

But most of all the cybervirgin would become attached to the attention given to her in dating sites, to feeling seen, heard, desired and seduced. An email or a message in a dating site becomes the emotion of a love letter, a chat becomes a romantic evening. The process of seduction from the man’s side, which in order to be efficient must be necessarily gentle and respectful of the stages (otherwise just with a single click he can be deleted from her contacts), gratifies and hooks her. Therefore, it becomes possible to share intimately without any shame and to open oneself in manners which can hardly happen in reality. A man on the other hand can have the chance to perfect the art of seduction by learning not to be always impatient and to use words in a way that touch the mind, the emotions and the body.

Basically she is always searching for “the great love” but after a certain time the searching process in itself substitutes the end, which is also less risky for the heart than real meetings. Those few real meetings that she had (if she had any) were mostly unsatisfactory. Remaining in the virtual world she can continue to feed the dream of finding her prince. Because of cultural and religious reasons women have been told to give attention to the “high layers” more than to the body and its feelings. This has fed a world of dreams which sometimes expands in a lack of touch with reality.

There are also the “cybervirgins again”: women separated since years during which they have not had any sexual contact with a man, being busy with children, with their work, and being limited by their traditional societies which do not encourage new meetings. At a certain moment they find themselves with almost independent children as early as 40 years old and with the maturity which makes them more sensual and open. They are strong women who managed to carry on with their family as single mothers, passionate and willing to feel desired again, who find an escape from family and work pressure through the Internet.

The phenomenon of cybervirgins involves young girls as well. Any teenager can access sexual material through the Internet much before getting explicit guidance from the pivotal adults in her life, like parents or teachers. We teach sport to young people, we teach them technologies, culture, arts, but very seldom, even in the most progressive nations, is sexuality faced in an honest and open manner. We guide them step by step enrolling them in the most disparate courses but when it comes to dealing with sexuality, the strongest energy that a human being can meet (apart from meeting the Divine), society leaves them to themselves, abandons them with hypocrisy and cowardice so as not to face themes inconvenient to adults themselves.

Therefore, the first sexual curiosities are satisfied more often through the Internet and as more often than not these continue for some time before having real experiences. I wrote about the female universe because in the dating sites I visited and the people I chat with were mostly females. The masculine world has different modalities of entering the online world, nevertheless complementary in the direction of withdrawing from the reality.

The Internet is nothing new in having the initial approach to sex being mediated by images. This happened in the past as well. When I was a boy there were sex comic strip stories and magazines with sex photos. But it was different, quantitatively (what we could see was very mild compared with what is available today) and, above all, qualitatively (there was no interaction with a real person who probably will never be met).

Furthermore, in most parts of the world pornography did not exist or it could be accessed only in a limited way until a few years ago. The impact of porn is particularly strong in countries which got transformed in a few years from complete obscurity to having a direct entry in the intimacy of their homes. With the Internet an anthropological change is happening which has not yet been fully analyzed. Questionnaires of sociology and psychology do not matter in such a world: it is only possible to know it through having experienced it in first person or by word of mouth between friends. Now, Western and Eastern countries are joined by the same technologies, the same individualism and the same alienation.

In order to understand the impact of this phenomenon on the psyche and on relationships we do not need either judgments of the Internet as a medium, or of the involved people, but an attitude of research without prejudice.

The fundamental questions on this matter are: what happens when sex, an emotional and sensorial experience, in addition to being mental, gets mediated by a screen for a long time predominantly on the mental and visual planes? If this approach to sexuality is the first and the only one for a long time, what type of imprint does it leave on the psyche? What type of relationships with the opposite sex will be shaped in the future? Do Internet cyber-meetings smoothen the way for more open and deep meetings in reality, or do they make us increase the distance more and more from the real which is not familiar and which would involve unknown inner channels?