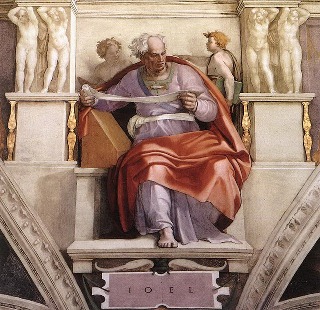 excerpt from Chapter 3 of “The Digitally Divided Self : Relinquishing our Awareness to the Internet“

In the West there are layers of deep conviction that keep us bound to the idea that everything good will come from economic and technological development. Despite a few doubting voices, those beliefs have been part of our society for so long that they’ve become taken for granted, part of the collective unconscious. The forces behind the “will to produce” can be seen as a self-reinforcing loop.

1) The expectation of a better world (social welfare, peace, justice, democracy, rights) through production, distribution and consumption of goods and technologies.

2) The necessity to intervene in the entire world to achieve such goals. Exploitation of natural resources is essential to grease the machinery of production. Easy access to the earth’s resources requires the consent of governments. The consequence is the exportation of economic, political and cultural systems – a phenomenon known as globalization.

3) All actions are carried out compulsively and in a rush, a crucial factor which hinders the ability to be aware of the social and environmental consequences that will be wrought in the middle/long run. It also hinders our capacity as individuals to slow down and reflect.

4) The radiant future envisioned never arrives, despite what has been achieved up to that point. The only solution is to increase production. There is never “enough.”

5) We are back at point 1. This mechanism looks much like the vicious cycle typical of drug addiction.

Although this vision of the world is predominant in ideologies such as “democratic market economics,” the Western world is entirely permeated by it. The roots of this thinking are more ancient than the political/social divisions that have emerged with the industrial revolution.

While the basic Western ideas seem to belong exclusively to the political system we call capitalism, even its historical antagonist, Marxism, envisages a similar heavenly condition for mankind. Marx thought that by reappropriating the means of production – machines – people would be freed from exploitation, bringing equality, peace, and progress.

The mythological communist cycle is essentially similar to the capitalist one:

1) There’s the vision of a better world through access to the instruments of production.

2) The need to act on a worldwide scale (the Communist International, “workers of the world unite”).

3) There is compulsion and rush in the race against capitalism.

4) Work is for a bright future that never comes – every communist society has been in a perennial “transition to communism.”

IT was Started by the Bible

The deep roots of the idea that technology will bring a better world come from the Judeo-Christian tradition. The Bible says that God created humankind at the very end of creation. The world and everything in it existed before human beings – and it is all fundamentally different from mankind which was created in God’s image and likeness. That leaves the rest of the universe as something objective, “out there,” devoid of the divine element. Having souls, consciousness, and free will are what make human beings unique and superior.

Alan Wallace in The Taboo of Subjectivity (2000) analyzed how Western inquiry and research have been directed only at the “objective” side of creation, rather than at human subjectivity:

In order for man to comprehend God’s creation, he must divest his modes of inquiry of all that is merely human, which, after all, came at the very end of creation. Man must explore the universe in ways that approximate God’s own perspective on creation. He must seek to view the world beyond the confines of his own subjectivity, just as God transcends the natural world. In short, he must seek a purely objective (divine) God’s-eye view and banish all subjective (profane) influences from his empirical and analytical research into the objective universe. In this way, the seeds of objectivism were introduced into Mediterranean thought by Jewish, Christian, and Muslim theology.(p. 41).

The scriptures say that only human beings were created in God’s own image and likeness. However, according to this tradition, humankind will never be able to completely reach the divine in this earthly life, with one exception: Jesus Christ. The Bible also says that nature was created so that human beings could make use of it for their own benefit. Man, therefore, has the right, bestowed on him by a superior authority, to use creation for his goals.

Christianity adds the concepts of sin and free will. Human beings, although born into original sin, are also given free will – therefore, they can decide whether to act for good rather than evil, and thus redeem themselves. These messages have been essential for the technological and social development of the West.

In the ancient Taoist culture, tools were known but intentionally discarded. In classical Greece, the massive development in art and philosophy did not arise with any big technical development. “They could not even devise ways of using horsepower efficiently. Both Plato and Aristotle scorned the ‘base mechanic arts,’ probably in the belief that nobility of mind was not enhanced by efforts to increase efficiency or productivity” (Postman, 1993, p. 25).

Technology as Returning to the Lost Perfection

David F. Noble (1997) analyzed the events that led to the current relationship man has with technology in the Christian world. He concluded that the dynamism of Western technology has its actual roots and spirit in the Middle Ages. In classic Christianity, manual activities were disregarded, but in the early Middle Ages technology began to be identified with transcendence, linked to the Christian concept of redemption from sin.

As time went on, technology became more clearly identified with the possibility of renewing human perfection after the Fall. Erigena, one of the most important forces in medieval Christian Scholastic philosophy, affirmed that knowledge of the arts, innate in the perfect man, was in time clouded by the Fall. However, its recovery, through study and hard work, could help restore man, at least partially, to his pristine state. Progress in the “useful arts” became the identification mark of the divine image in mankind. Learning the useful arts was preparation for redemption.

Technology as a route to transcendence was particularly strong during the later puritan revolution – which shaped the beginning of capitalism with its colonial aims by linking “faith” and “useful arts” with “the glory of God” and the recovery of control over nature. New scientific ventures of that time widened the fields of human intervention.

Recovering our lost perfection was no longer enough. Science was progressively expanding toward divine knowledge. And action – no longer limited to the original creation –was moving toward a new creation. The Christian project of redemption through practical actions started to slip out of hand, however, as scientists began to consider themselves creators.

Francis Bacon foresaw that mankind one day would create new species and become like gods, because “the footsteps of the Creator [were] imprinted on his creatures” (Noble, 1997, p. 67). Science has carried on the work of giving man dominion over nature, as originally bestowed by the Bible. In so doing, it has also demonstrated that man is created in God’s image and likeness through divine acts.

To recapitulate the messages that Christians have received: Human beings should consider themselves special within creation, though basically they are sinners. They have the chance to redeem themselves through good deeds, which include technological creations. To do this, nature is at their disposal.

But there is a problem. Good deeds will not bear fruit during the earthly life of doers. In fact, according to the scriptures, eternal life and happiness belong only to the kingdom of heaven. All we can do in this lifetime is prepare to deserve our future afterlife by our virtuous actions.

However, one could argue, a man has existed who was joined with the divine while in human form: Jesus. The Bible, though, considers Jesus God’s only son, and no one else can ever aspire to such a state. All we can do is imitate his example. We cannot meet the divine in this life – at best we can only deserve that in the future.

In scriptural truth, there is another way to reach the divine: salvation at the end of time, after a phase of calamity and destruction: the Apocalypse.

New recap: human beings have a special place in creation, but they were born in sin. Using their free will, they can redeem themselves through their actions, emphasizing creation to this end – but they cannot expect to meet the divine in this lifetime, because that was exclusively for Jesus. They have the chance to enter the kingdom of heaven in the future, presumably after death (if they have behaved well enough), unless they live during apocalyptic times.

In contrast to those religions which contemplate reincarnation, Christianity clearly states that we live only one life on Earth. Therefore, there is no second chance. Redemption from sin must be attained in this lifetime. Which demands another ingredient: haste. If we are in a rush to act for “good,” our lack of responsibility in preventing the future consequences of our actions is inevitable. And if we stop producing, developing, expanding our interventions in the world, we will feel lost and our lives will lack meaning.

God can give us signals to guide our choices toward redemption. But since we have free will, the act of redemption depends entirely on us. If we behave badly, we will wind up in eternal damnation. However, even if we do good in the world, we won’t benefit from it in this lifetime.

After receiving such messages, human beings find themselves trapped in a series of double binds – which were defined by Gregory Bateson (1972) as contradictory messages with a highly emotional content, lacking both an exit route and a clear interpretation of the messages themselves. For instance, someone asking for a hug, but then becoming cold and stiff when approached. Bateson conjectured that such double binds could lead to schizophrenia.

Here are the double binds of life in the West:

– We were born in the image of God and must imitate the virtuous actions of Jesus, but we are never able to reach his connection with God.

– We have to redeem ourself through doing good deeds, but have no certainty of attaining salvation.

– We are to work for eternal salvation and a bright future, but it will never come in this lifetime.

Confused and anxious to free ourself from the labyrinths of double binds, we try to resolve them by creating heaven on Earth – by using technology for our salvation. We feel fine when our conscience is clear because we perform virtuous actions, however separate they are from the integrated world. But despite virtuous action, we can never be like Jesus, as we are unsure of achieving salvation.

Therefore, technology leads to the search for a pseudo-salvation within this earthly life – such as using biotechnologies to operate on the divine plane of creation and immortality. The same culture that has considered miracles as proof of the existence of God has now developed technologies that resemble the miraculous.

To abandon the drive toward production with its search for miraculous technologies would also mean abandoning hope of redemption and salvation. We must also then let go of the idea that mankind has a special place in creation, concomitantly releasing the individual identity built on what we have “done” in life. Individual action can lead to redemption on Earth, but without being able to act on nature, human beings would feel lost, crushed by guilt feelings.

Order  The Digitally Divided Self on Amazon