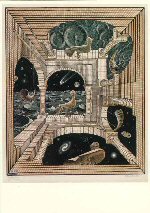 Marshall McLuhan summarized his view of the media in a model called the tetrad of media effects. The tetrad asks the following four questions about any medium to evaluate its qualities.

1) What does the medium increase? For example, TV amplifies the view of the whole world from our homes.

3) What does the medium retrieve that had been obsolete earlier? TV provokes a re-tribalization and homogenization of cultures.

4) What does the medium turn into when pushed to extremes? TV can turn in a global Big Brother show where everybody is on the airwaves. TV as well can become a tool of social manipulation.

The number and role of the media in our lives having expanded exponentially since McLuhan’s times, both in terms of the time we dedicate to them and the scope of their applications in our lives, we need to probe the media with a broader range of questions.

From the old times of radio and TV, the media have become more flexible and there is less univocal connection between a tool and its function. Some tools include different functions and some functions can be achieved through different tools. For instance, we can email people from the desktop computer, our laptop in a café through Wi-Fi or from our mobile phone almost anywhere.

I’ll split the questions in groups, based on the impact of the media on our bodies, on our minds, on human qualities, and at the spiritual and social levels, showing few examples.

How is the body involved? TV is usually viewed when the body is fully relaxed, in a sofa or armchair. Computers are used while sitting, which doesn’t allow ful relaxation. The only physical movements are of our fingers and forearm on the keyboard and mouse. Cars involve a limited set of movements, while bicycles engage the body almost fully.

Which physical pathologies are promoted? TV viewing promotes obesity and cardio-circulatory problems. Computer use promotes carpal tunnel inflammation, backache, stiff neck, and obesity. Any cathode-ray tube screen emits electromagnetic waves which can give headache, irritability and are dangerous during pregnancy. Flat screens produce weaker electromagnetic fields. Cell phones are still controversial, but there are a number of studies which say that microwaves could affect the brain, especially those of kids.

What kind of brain waves are triggered in the user? TV puts people in a relaxed and passive alpha state (with brain waves of around 10 Hz). But at the same time the relaxation induced by TV is just temporary since after a while restlessness arises, as Jerry Mander documented in In the absence of the sacred (San Francisco: Sierra Club, 1991) and in Four arguments for the elimination of television. As far as I know, there aren’t many studies about brain waves related to the usage of different kinds of media. It would be interesting to see more of them.

How does it work on the endocrine system? For instance, the light from any screen inhibits the production of melatonin, especially when viewed from close by, as in computer use. Melatonin inhibition provokes, among other things, difficulty in sleeping. There are also some studies connecting cell phone usage and the endocrine system.

Does it promote projection and mental imagery, or brings us in touch with reality? TV puts us in a dreamy state where images reach us without filtration, helped as well by the production of alpha waves in our brain. The less our bodies are involved in the medium, the more the experience will be confined to the mental plane, where suggestions and messages can pour inside easily.

Which thought channels are promoted? Rational, magic, visual, kinesthetic, emotional? Which thought modalities are promoted? For instance, software programming stimulates the causal and rational way of thinking, any video stimulates the visual part, some Wii video games can promote the kinesthetic channels. Of course, channels can get mixed, as in a movie where both the visual and emotional channels are stimulated.

Which stages of psychological development are involved? This classification could be, for instance, according to Piaget’s stages of cognitive development (or any other psychological model). The relationship with the computer sometimes resembles the symbiotic stage. The relationship with a car resembles the stage where we get our autonomy, independence and freedom, as in the stages of separation–individuation described by Margaret Mahler.

Which kind of psychological defenses are triggered? Computers can promote detachment from people and reality, and sometimes even distortion from reality. Books or computer programming can promote intellectualization, a form of distancing from our unmanageable feelings favoring the intellect.

Which part of the ego is boosted? For somebody, cars can be status symbols more than simple tools for transportation, books can raise our intellectual snobbishness, computer skills can make us feel part of an exclusive club of “high-tech” people.

What does excessive use bring? Excessive TV use brings passivity and obesity, excessive cell phone use brings stress and probably pathologies, excessive computer use brings addiction.
How easily can we become addicted to these media? Cell phone texting, video games, online auctions, online gambling or online sex can bring addiction more easily. My hypothesis is that computer addiction is a mechanism of the ego for its survival.

Which qualities of the human soul do these tools seem to satisfy? Computers, in general, foster the precise, steady, predictable, infallible mental qualities. Cars – more so, motorbikes – glorify power, the urge to explore and to seek adventure. Social networks seem to satisfy our need to have meaningful connections with other human beings. Books and printed words in general are extensions and replacements of a good memory. TV seems to satisfy our need for peace and relaxation.

Which inner needs do they appear to fill and, how can those needs be manipulated by advertisers? Cars are depicted as tools for freedom and useful for our need to move, computers give the impression of simplifying and automating life tasks (shopping, online banking, accounting, writing, and hundreds of other supposedly “time-saving” tasks), promising a simpler life. TV seems to give the peace and relaxation needed in our stressed lives. Such passive and relaxed states can be taken advantage of by advertising.
Which good qualities can be developed? Software programming can develop logical thinking and cause-effect understanding. Blogging can develop writing skills.

To what good things can they be detrimental? The Internet, with its many temptations and interruptions, reduces prolonged attention. TV inhibits or entirely cuts off intra-family communication. Cars reduce the exercise necessary for our leg muscles. Car GPS receivers reduce our sense of orientation. Mobile phones reduce our connection with the immediately surrounding environment. McLuhan called such cutting off “amputation.”

What longing or state is simulated at the spiritual level? For instance, the connection of everybody and everything through the Internet resembles the collective consciousness spoken of by many spiritual teachers. Some technologies simulate spiritual siddhis, spiritual powers mentioned in the ancient Hindu epics. For instance, Vayu Gaman Siddhi, which allows one to move instantly from one place to another and to fly in the skies (Google Earth and other simulators), or the siddhi which gives the capability of creating worlds (technology allows us to create virtual worlds like Second Life), or manipulating matter (nanotechnologies).

How much of reality can be manipulated? Any “medium,” by its very definition, stands between reality and ourselves, so will mediate and hide our contact with reality to different degrees. TV edits and special effects can manipulate reality quite strongly, especially through the visual channel of our mind. Virtual worlds like Second Life, though they want to immerse the user deeply into the environment, are actually less manipulative since they don’t claim to show reality.

What social problems seem to get resolved? In the beginning, TV was seen as a medium for spreading culture, especially for the less educated people. The Internet promotes participation in social decisions by everybody.

What is the production environment of manufacturing the tools? Are there health hazards for the workers? Are workers’ rights respected? Is the production done in countries which respect human rights?

What parts of social contact are substituted? TV substitutes family talk, social networks can substitute street groups of friends, cybersex can substitute a whole sexual experience, and dating sites substitute the play of the seduction of gestures, glances and body language. Mp3 players (and earlier the Walkman) substitute the singing and whistling of people on the streets.

The different qualities of the media could be analyzed and summed up to evaluate the risk of manipulating truth and reality by a certain medium. For instance, a medium like TV, which puts people in a passive and receptive state at the same time, is controlled by a few people and used by the majority of people, should be regulated closely to preserve democracy and freedom of expression.

Also, if a medium works on certain neural circuits and feeds on deep unresolved psychological needs, it can easily become addictive and people should be aware of this.

Much more work has to be done on the impact of the media on our psyche and on society. Asking questions and evaluating answers is a good beginning.