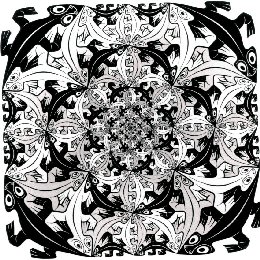 ]The debate about copyright is one of the most heated on the Internet. Record labels, movie distributors, publishers, news agencies, bloggers and users are involved in a discussion which at times gets aggressive.

It seems that virtually everything on the Net is eventually copied, aggregated, cut, pasted and homogenized. There are various sites which aggregate articles by collecting everything being produced by blogs. The aggregators often allow readers to comment on the articles. This way, both the contents and the comments are being taken away from the authors’ sites.

Every intellectual production is being absorbed by the collective sphere and somehow becomes depersonalized from the original author.

The hyperproduction of information and knowledge by hundreds of millions of people at the same time creates a whirl where individual identities and sources of information become out of focus and, like the rotation pinwheel of colors, creates a single white color from which it is difficult to trace the original color.

Let’s see what some wise people, spiritual teachers, say about copyright. U. G. Krishnamurti, the controversial teacher/non-teacher, expressed it this way.

My teaching, if that is the word you want to use, has no copyright. You are free to reproduce, distribute, interpret, misinterpret, distort, garble, do what you like, even claim authorship, without my consent or the permission of anybody (U. G. Krishnamurti, The Mystique of Enlightenment, India. Dinesh Vaghela. Goa. 1982: http://www.well.com/user/jct/mystiq.htm)

In another circumstance he said:

Thought is not yours or mine; it is our common inheritance. There is no such thing as your mind and my mind. There is only mind – the totality of all that has been known, felt, and experienced by man, handed from generation to generation. We are all thinking and functioning in that “thought sphere,” just as we all share the same atmosphere for breathing. The thoughts are there to function and communicate in this world sanely and intelligently….Where are the thoughts located? They are not in the brain. Thoughts are not manufactured by the brain. It is, rather, that the brain is like an antenna, picking up thoughts on a common wavelength, a common thought-sphere. All your action, whether thinking of God or beating a child, spring from the same source – thinking (U. G. Krishnamurti, Mind is a Myth. Dinesh Vaghela. Goa. 1988).

Given this vision, on a spiritual level there isn’t much need of copyright. The brain is seen as a receiver antenna instead of a thoughts-producing machine. Osho challenges the individual ownership of any thought.

You go on thinking that thoughts are yours. Not only that, you fight for your thoughts, you say, “This is my thought, this is true.” You discuss, you debate, you argue about it, you try to prove that, “This is my thought.” No thought is yours, no thought is original – all thoughts are borrowed. And not secondhand, because millions of people have claimed those same thoughts before you (Osho, Tantra: The Supreme Understanding, Cologne: Rebel Publishing House.)

The paternity of an idea or thought is not anymore an issue when a certain stage of awareness is reached. Osho talks about the Upanishads, the ancient Hindu sacred scriptures in these terms.

Whatever is valuable, whatever is beautiful, whatever is best, whatever is true, whatever is auspicious in life, is found only by a receptive mind. He who keeps the door open finds it. Therefore the sage does not say, “I have it,” but says, “I have heard it from those who knew. I have heard it, I have received it from where there is wisdom.” In this statement there is a deep desire to rub out the “I.” That is why no Upanishad bears the signature of its author on it. We don’t know who speaks this, who tells this, whose words these are. Somebody proclaimed such invaluable truths without disclosing their authorship. In fact, great truths have to be declared without claiming authorship, because the author dies before the birth of the great truth. These sages remove themselves completely from the claim of authorship. Nobody knows who is speaking these sentences, nor is it known whether these are the writings of one or more people (Osho, The Heartbeat of the Absolute, Cologne: Rebel Publishing House, 1980).

Osho says that the author of a great truth dies before the truth is born. That’s not the physical death but the ego death, which blanks every individuality in the truth declaration, that won’t be truth anymore. In the times of the Upanishads:

No one ever said, “I know.” There were reasons for it. The reason was not that he did not know. The reason was the ego – the I – disappears after knowing. If the sage of the Upanishad had said, “I say this after knowing,” the people of those days would have laughed and said, “Then don’t say so! You cannot know, because your “I” is still there” (Osho, The Heartbeat of the Absolute, Cologne: Rebel Publishing House, 1980).

Another notable aspect of the information society is the importance of being original and being the first to discover something. Apart from the obvious economic aspects of patents and copyrights, there is as much an inner need to be recognized as “the first.” But this didn’t apply to the ancient sages.

Those ancient sages, wise ones who knew, were never eager for originality. They were not yearning to be original. Nobody ever said, “What I am telling is the original truth; I am telling it for the first time, and nobody has ever said it before me.” There is a great difference in attitude in our modern age. Today everybody wants to claim that what he says has never been said before – that he is original. What does this mean? Does it mean that the ancient sages were unoriginal? Are people today original? No, the fact is quite the opposite. The ancient people were so undoubting, so sure of themselves, that there was no need for them to announce their certainty, while today people are so doubtful about originality, so uneasy about it, that they cannot but make a declaration of it. Modern man is always afraid that someone might say, “Do you think you are saying something new? What you are saying is nothing new to people.” This simply shows that modern man does not understand the true meaning of original. The correct meaning of the word original is not what is new but “from the source.” Original does not mean unprecedented, the word means “from the source.” He who knows the root is original, and many people have known it, so the word does not refer to anything new. But today people all over the world are looking for something new. Everybody asserts: “What I am saying is new,” because the fear is that there is nothing special about his knowing if others have known it already (Osho, The Heartbeat of the Absolute, Cologne: Rebel Publishing House, 1980).

In our information society we identify ourselves mainly with the mind. The ancient gratification in possessing a territory has moved on nowadays to mental territories: software development, a professorship, a theory, a brilliant idea, a captivating declaration, a musical composition, making profits with financial operations, being skilled in a certain area. We defend our mental territories and we defend our authorship: an original idea to put our flag on the territory.

William Burroughs developed the cut-up literary method of cutting and pasting from random different sources to produce a new literary work. I’d say Burroughs used the cut-up method as a way to channel something from the global synchronic reality.

He stated that a writer doesn’t own words anymore than a painter owns colors and that we should abandon the originality fetish. Burroughs invited artists to pick up from any sources, from writings, conversations and dreams, saying that dreams can be recollected if we let go of our defensive mechanisms. In his view, the best writings are the ones written in a no-ego state; the limited ego of a writer, the “his real own words” were in his opinion the least interesting ones.